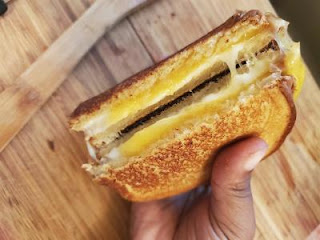 Hello all! I am back during this time of self isolation. With so much time at home, freeing up the endless minutes (at times hours) spent in traffic commuting back and forth to work, my newest obsession has been EVERYTHING DISNEY.

With Disney releasing recipes for classic favorites and a plethora of blogs and videos filled with Disney content, I have been longing for the reopening of the parks, dreaming of Soarin' and anticipating the mind-controlling scent of the smellitizers.

Disney's release of the recipe of Woody's Lunch Box Grilled Cheese did not go unnoticed. The ingredients were quickly becoming sold out on all grocery delivery apps (I have not been physically in a store since mid-March). After the initial hoopla settled, the ingredients slowly returned to the 'in-stock' status and I quickly placed an order.

No my vegan friends, this recipe IS NOT VEGAN. I have a family of what I like to refer to as omnivorous nay-sayers. That being said, I simply cannot stare or force feed my parents and kid (although you should never say never - I kid, I kid!).

This dairy filled sandwich could easily be made vegan with several vegan swaps, but I am not a huge fan of grilled cheese so I didn't bother. I made the cheesy concoction for the masses and ate cereal for dinner. The review below comes directly from them. (If you have tried the recipe and have a different review, by all means let me know).

The original sandwich can be found in WDW at Woody’s Lunch Box at Disney’s Hollywood Studios. And I truly believe, simply based on visual, that the recipe has been tweaked to share with the masses. A short while before the release of the grilled cheese recipe, Disney released a Dole Whip dupe. They called it a recipe, I call it a dupe. I am an AVID Dole Whip-er and the recipe was off from the frozen treat served up in the parks.

According to the tasters (aka my family), the recipe was too rich. The flavors are all competing for your taste buds and creates a heavy sandwich - two words that are not typically synonymous. Grilled cheese is usually served as an accompaniment to soup or as a light meal and this was completely the opposite. I had a feeling this would be the outcome as I slathered on the cream cheese spread. There was a redeeming quality to the recipe; the garlicy mayo brush on. A truly genius addition to a normally flavorless exterior. The mayo crisps the bread nicely and makes that golden brown exterior.

With my newfound addiction to Disney dupes, I find it appropriate to roll out a rating scale relayed in Mickey's, 1 being the worse and 5 being the best. The general consensus for the rating is 2.5 Mickey's. Not a complete bust but not the best. And thinking if I would make it again, I would rate it 5 out of 10 would make again. So of a MEH in the middle rating but that is the general response I had after serving it. If I were to make it anytime in the near future, I will omit the cream cheese spread. I also need to veganize the recipe and assess the results! 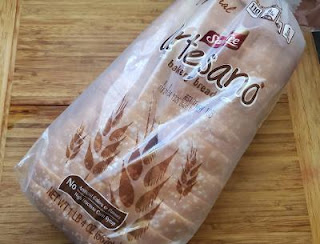 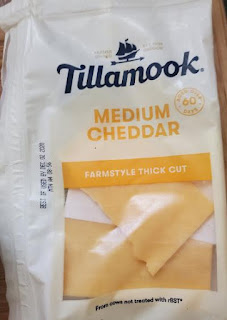 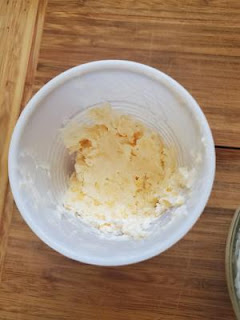 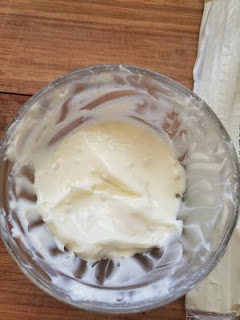 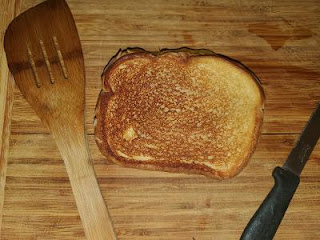 Popular posts from this blog

September 24, 2020
Hello Dames and Dolls! I finally caved! This week I meal prepped. I always see cute pics and used to see coworkers who meticulously portioned colorful, fragrant foods into little plastic and glass containers. I also thought each time "Who has the time?" Well, since Corona, I now do. And I did just that. First, came grocery shopping, then as life goes I had to delay prepping by one day. But finally, I gloriously prepped. Keeping everything somewhat simple and using  containers from Amazon , I prepped: Hummus and Veggies Potato and Kale bowls Chili with tortilla strips Burger Salad Fresh Fruit Fruit and Yogurt Parfaits Granola with Milk Granola with Yogurt Smoothie Bowls I listed all the breakdowns/recipes on my IG, @doseofvegan_, so be sure to go check it out!
16 comments
Read more

Disney at Home: Princess and The Frog + Mickey Beignets

November 13, 2021
I'll be headed to Disney World later this month so I figured it would be the perfect time for another Disney at Home night, this time in the theme of the Princess and The Frog. In order to get in a truly Tiana-like mood, I prepared breakfast for dinner, complete with beignets, coffee, orange juice, bacon and sausage. We enjoyed this meal while watching Princess and the Frog on Disney Plus. I served up the vegan version for myself and the non-vegan assortment for the rest of my family. Since non-vegan bacon and sausage are pretty well known, I'm going to skip showing them.  The brand of sausage I used was the Beyond Breakfast Sausage links and the Bacon (bacn) was LightLife. What I will include of the non-vegan assortment, is that I used Cafe du Monde beignet mix to create their beignets. My mom grabbed a box while shopping so I needed to make use of it. You can find it on Amazon and in Louisiana. Just follow the directions on the box.
Post a Comment
Read more